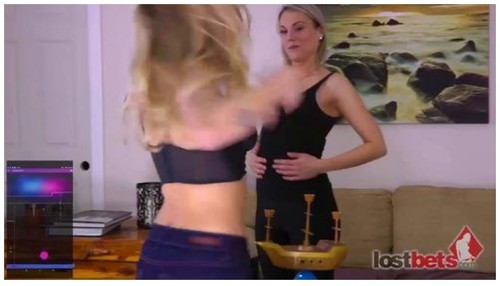 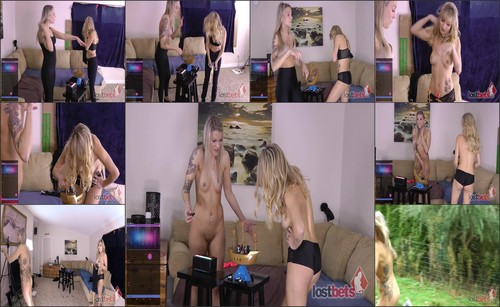 Finally, Dylan is naked and has lost while Carmen still has her panties. (As soon as the game is over, Carmen takes out the vibrator, which bounces and hums on the table.) But Dylan is pissed and protests because of the rampant cheating. She demands that Carmen do the run instead, and drags her across the floor to the door. She appeals to the crew for fairness, and I agree that she got gypped. As a remedy, I order that they both must run around the house naked. Hippo tells Carmen that she can keep her panties, but I overrule him. Aint no chicks keeping their panties while Im in charge. And theres an added bonus: the phrase run around the house is ambiguous, and Carmen thought shed have to run around inside the house. Nope.

They go out to the yard and begin their run. The yard is mostly protected by a hedge, but theres a gap where traffic on the busy street can look through and get an eyeful. As they run, Carmen expresses her displeasure at Dylan for forcing her to join the run by repeatedly slapping her ass. Dylan retaliates by banding back a branch as she runs by it, so it springs back and whacks Carmen. In the end, we have two girls standing breathless, sweaty, and very, very naked.