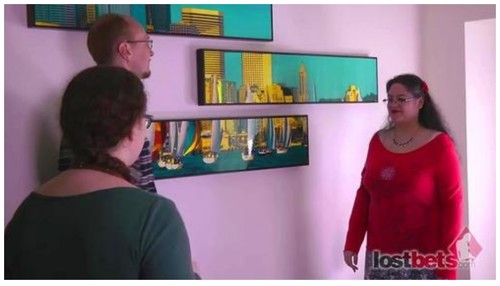 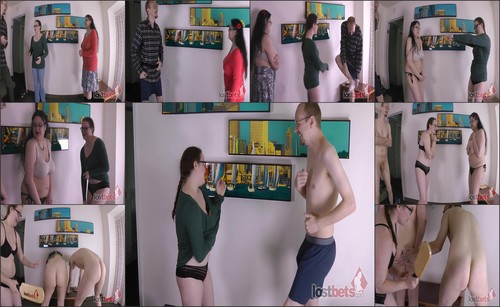 Description:
Three new players join us, and theyre different from any players weve previously had. Cal and Marcy are both longtime fans of this site. They asked me if they could join us to play, and I said sure. They brought their friend Gemma with them. All three are complete amateurs, all three are complete newbies, all three are making their first appearance on video. Theyre not the youngest players weve ever had, nor are they the absolute hottest (and I hope theyre not offended by me saying so) but they are real, as real as its possible to get.

They play Strip Rock-Paper-Scissors, with the two losers getting a solid paddling from the winner. (Sometimes when we have a spanking or paddling forfeit, the winner is too nice to the losers. So before the game, I asked them if theyd be able to give the losing asses the punishment they deserve. All three laughed and said it would be no problem.)

The players have fun, even if they are too nice to each other when deciding what a loser has to strip. Marcy has to unleash what she calls her F-bombs. She also has to unveil her wild and hairy bush. So who wins? Well, as is often the case, its the one who shows the most hubris. Overconfidence never pays, especially at LostBets.com where the Universe seems determined to punish those who show too much pride. And the paddling proceeds, with the asses of the losers reddening up quite nicely.
Model:
Gemma, Marcy ft. Cal, Marcy, Cal
Studio:
Lostbetsgames.com
Info:
File Name : LostBets-581-Strip-RPS-with-Gemma-Cal-and-Marcy-HD.mp4
File Size : 366.73 MB
Resolution : 1280x720
Duration : 00:15:22